At the heart of NMRQL Direct, you’ll find a group of driven individuals with a wide range of skills and a wealth of experience. Learn a bit more about them here.

Michael has more than 22 years’ experience in the financial services sector and is celebrated as being at the forefront of business leadership, innovation and technology.

He held various CEO positions throughout the FirstRand Group, including founding eBucks and turning around FNB HomeLoans, before being appointed as CEO of First National Bank (FNB) in 2004 at the age of 36.

During the decade at the helm of the Bank, he led FNB to be named the World’s Most Innovative Bank in the 2012 BAI-Finacle Global Banking Innovation Awards held in Washington, DC and in 2011 he made the Top Five list of SA Newsmakers of the Year for FNB’s social media presence.

Michael serves on the boards of several companies, including, CodeX, Invenfin, Compuscan and the Johannesburg Stock Exchange (JSE). In line with his passion for technology he is actively involved in funding and mentoring small businesses and entrepreneurs.

Michael holds a PhD in economics and a law degree, both from the University of Stellenbosch. He also attended the Singularity University executive program in Palo Alto. 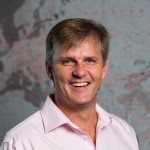 Thomas has almost 17 years of experience in the asset management and hedge fund industry. He is the key individual for the NMRQL fund.

He started his career as an engineer on the Katse dam project in Lesotho, the largest project of its kind in Africa, before completing an MBA and working as a commodities analyst for the South African Breweries.

In 1999, Thomas joined Sanlam Investments where he started his career in finance as a quantitative analyst in the bond team, later managing several of the absolute return funds. During his tenure, the Sanlam Inflation linked fund achieved top quartile performance on a consistent basis.

Thomas holds a master’s degree in engineering from the University of Stellenbosch and an MBA from Nijenrode University in Holland. Thomas also attended the Singularity University executive program in Palo Alto. 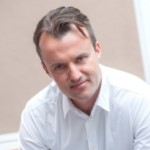 In South Africa, Roger pioneered the actuarial pricing of car insurance in South Africa in the 1990s. In banking, Roger was one of the dealmakers when FirstRand acquired Saambou, and the NBS book from BOE, as well as the first corporate debt securitization in South Africa. He led the project for reengineering credit processes at FirstRand, establishing probability-based credit pricing in preparation for Basel II.

Roger and Nic Kohler started the Ethos Ai Fund in 2018. Starting the AI Fund is a culmination of a career starting and running businesses with data-driven decision making at its core.

Roger holds a Master’s degree in Actuarial Science from the University of Pretoria, and is a CFA charter holder. 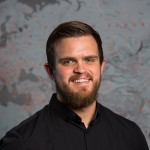 Zander has a background consisting of mathematics, statistics, machine learning, finance and economics. He wants to bridge the gap between machine learning and investment management, while also making smarter investments accessible to anyone, utilizing technology.

He started his career at NMRQL Research at the beginning of 2018. Since joining, he has worked on numerous projects including data augmentation using generative models, building models for time series prediction, constructing and predicting factor models and using unsupervised learning to extract valuable insights from data. Zander also developed the NMRQL AION process, responsible for constructing NMRQL’s investment decisions.

Zander holds BCom in Mathematical & Statistics, as well as an honours and master’s degree in Statistics from the University of Stellenbosch. His master’s research involved improving the interpretability of deep learning models. Currently, he is pursuing a PhD in Engineering, doing research on the automation of investment strategies using machine learning and metaheuristics.

We're here to help. Contact us should you need any assistance